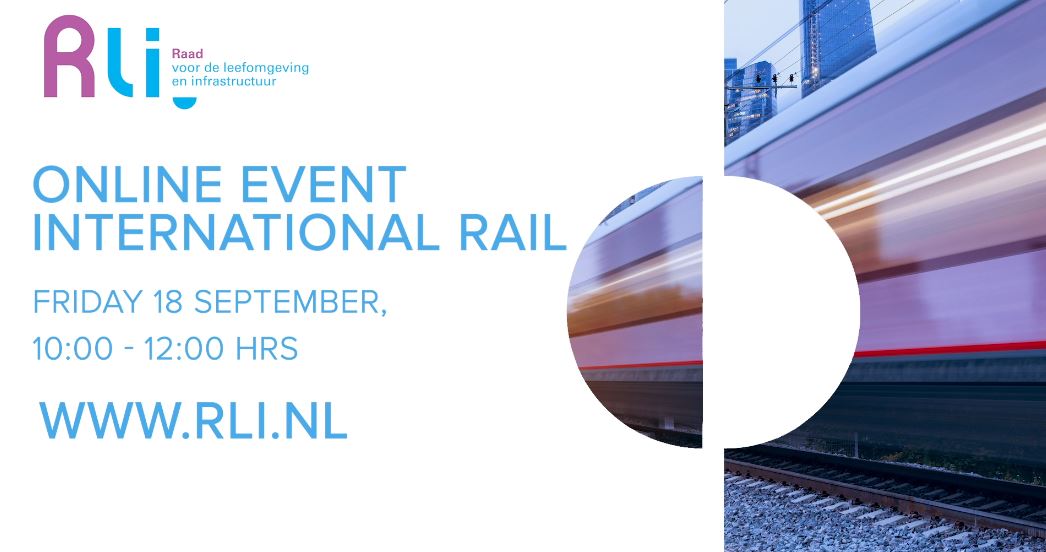 Trains have the potential to make an increasingly important contribution to safe, energy-efficient and low carbon emission transport. In this way, international passenger rail transport can play a crucial part in the realisation of the goals set for the European Green Deal. How do we shape international coordination to ensure Europe has a well-functioning network of frequent and fast international connections?

To find an answer, the Council for the Environment and Infrastructure (Rli) has published an advisory report on international rail: “Changing Tracks: Towards better international passenger transport by train” (which will be available in English in September). An important part of this advisory report is a letter addressed to the European Commission. This letter was co-signed by advisory bodies from Belgium, Luxembourg and Germany, and endorsed by still more. To highlight the recommendations - focussing on the proposed corridor approach - and discuss these findings in a European context, the Rli is hosted an online conference.

Speakers
The following speakers (amongst others) contributed by presenting their visions on international rail passenger transport and the corridor approach, and were taking part in an interactive panel discussion.

You can watch the seperate contributions here: